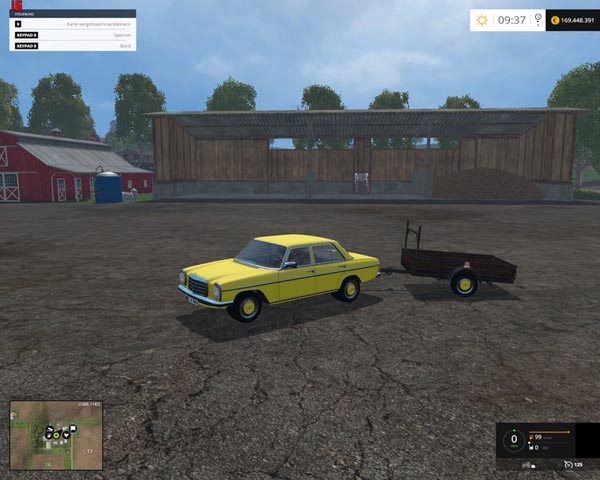 Today we present to you the Meredes Benz Modpack ago (I and the MTL Modding Team).

The urmodder in vehicles is MODALL from but you must use the mods without permission as long as it is consistent with the credit and the Moddesc which is the case with us.

This 2 mods have been completely redesigned from us.

The Mercedes has received a major overhaul. He got the largest available at the time driver of this vehicle and has thereby also get a robust sound. And there was wider tires because of traction problems.

Also, a double-pipe exhaust system from AMG were built.

On trailer tires were against slightly wider exchanged by the increased load volume of 5000 liters now a greater Auflagefläsche needed. In addition to the fenders 2 RULs were mounted.

Both vehicles have the German registration (license plate) and can be performed properly therefore also in multiplayer.

Mod has to be unpacked