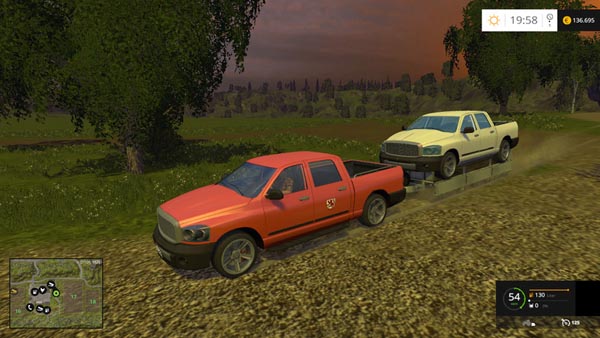 Here I and my team-mate in front of our new municipal vehicle on PiQup basis. It originally came from Passau to the Authority. now he is there for you. He owns a Mitsubishi Pajero turbo diesel engine of more power Bring. What is clear is a municipal vehicle is “bright orange” to have in the paint. It was built in 2002 by Lizard (1999-2014) as the new facelift 5.7l V8 has a and the old man did not. The indicator has been taken from the Old LS13 Astra F Caravan. But be careful: unfortunately he’s not a trace of the years, he has unfortunately rust on the rear wheel arch, In addition, the pos- sibility of light rusted nuts and what is not dragisch. but you can also see more than 345 thousand kilometers. But he goes on and on !!! it costs you only € 9,800 with 2 years MOT: D, he has thanks to the diesel engine power increase of 145 hp and is 125 km / h. in maintenance, it costs you nothing. So Chrome and luxury equipment is not available because it has the basic version, but this matter is it flashes and track reliably. Decide for yourself whether you want to have.

Otherwise lovely holiday all of you, Greetings from Lower Bavaria Corsa D driver