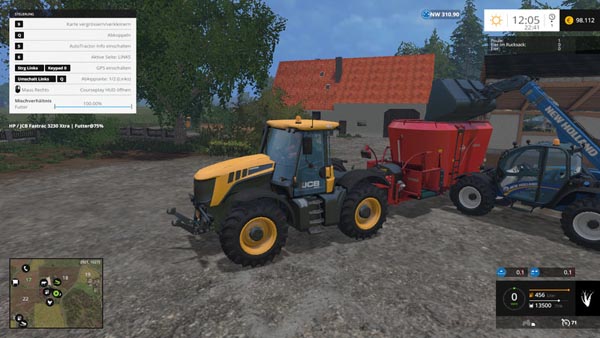 First to me I’ll start just to modding and mods etc. umzubauenb. Say improvements to this and following mods I have to make sure yet. Constructive criticism and suggestions are always welcome to Mod.

I had to be honest no desire for the original Kuhn mixer feeders. Ok yes I know this is the appearance of the originals of Giants. But scripts were excessively’re a little what changed. Because as I said I’ll start just as with the modding on etc.. The changes are also listed below.

What has been changed to the original?

I just found it more realistic that one grain and root crops can with mixing. Maybe it’s a few of you even so and they can use this mod. 🙂

Have now displays the indicator on the top left only mixed ration and no matter what is in it 100% mixed ration. That should change in the next version of course. Then to the car between silage, grain, straw and may differ Erdfrüchten top left in the% bar so you have a realistic perfect mixed ration.

I hope some of you can order what to do. I also hope that I can do the changes to V1.1)