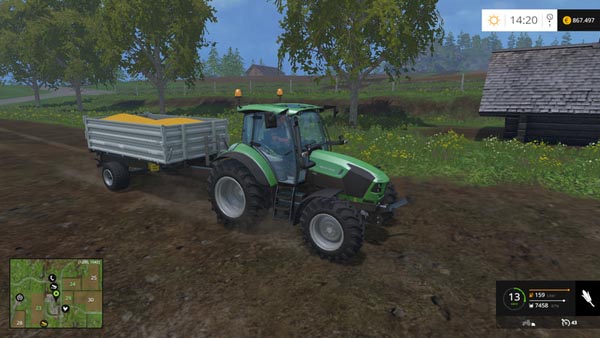 Today I can imagine in version 1.0, the Deutz Series 5 TTV. In this version, the two variants TTV 5110 and TTV 5130 are included. The two tractors based on the standard Hürlimann XM 130. The two tractors come with 110 or 130 hp and do well on small to medium-sized businesses. With stylish and powerful appearance sets new standards in efficiency, productivity, and comfort the Series 5 TTV. It captivates with known standard functions and remained logfrei in my tests.

There are other versions planned, including but not versions with front loader.

In this spirit, I wish you much fun plow,

Other: The download file is a .zip folder that you have to unpack. Both tractors are included as individual files in it.